The design of these Standard Resistors is based on work carried out over several years with co-operation of the National Physical laboratory. The design originated with F. J. Wilkins of the N.P.L. and has evolved as the result of many tests on stability and temperature coefficient using both a.c. and d.c. Some of the original design features have been discarded in the interests of simplicity, notably the horns which are no longer considered necessary.

The aim has been to produce four-terminal Standard Resistors to the highest specification, suitable for a.c. and d.c. work up to a frequency of 1592 Hz. 1 Ohm to 10,000 Ohms. The Resistors are made from a specially selected alloy having a low temperature coefficient mounted in a strain free manner on formers made from material or low dielectric loss but of high mechanical stability. All the connections are welded. Prolonged heat treatment of the elements ensures long term stability and low temperature coefficient of resistance.

The elements are hermetically sealed in stainless steel containers which are filled with dry oil (Castro! Whitemor WOM14). Provision is made for inserting a thermometer but the resistors are intended to be used in an oil bath which is temperature controlled.

Maximum dissipation for the Resistors is 1 Watt but the highest performance will be obtained with a dissipation of 10 milli-Watts which is the ideal working condition. No harm will occur if the dissipation is increased to 1 watt but self heating will take effect after a few minutes. Since the introduction of these Standard Resistors they have been adopted by National and Major Industrial Standards Laboratories as their primary standards. Information obtained from these laboratories over the past twenty five years indicate their exceptional high stability.

For example, tests have shown that resistors of this type are stable to within 1 ppm over a period of ten years. 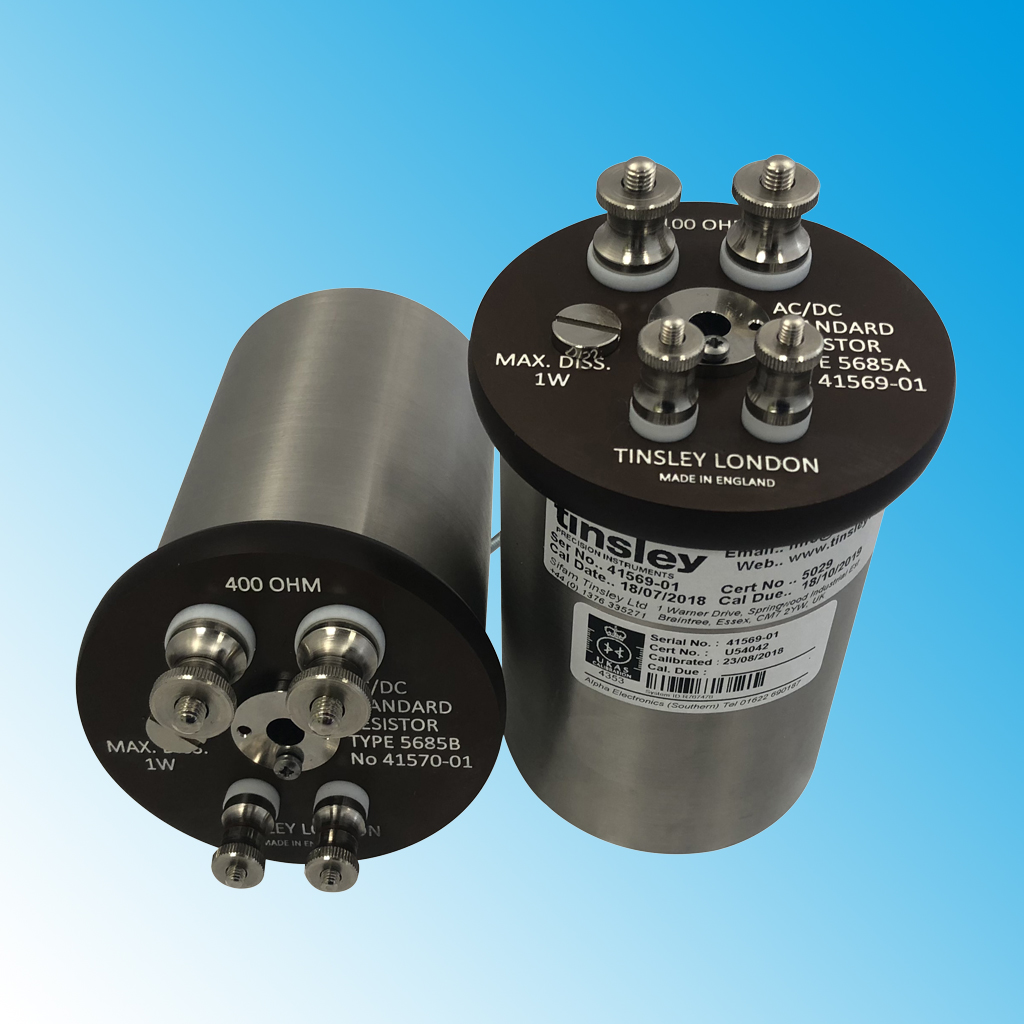